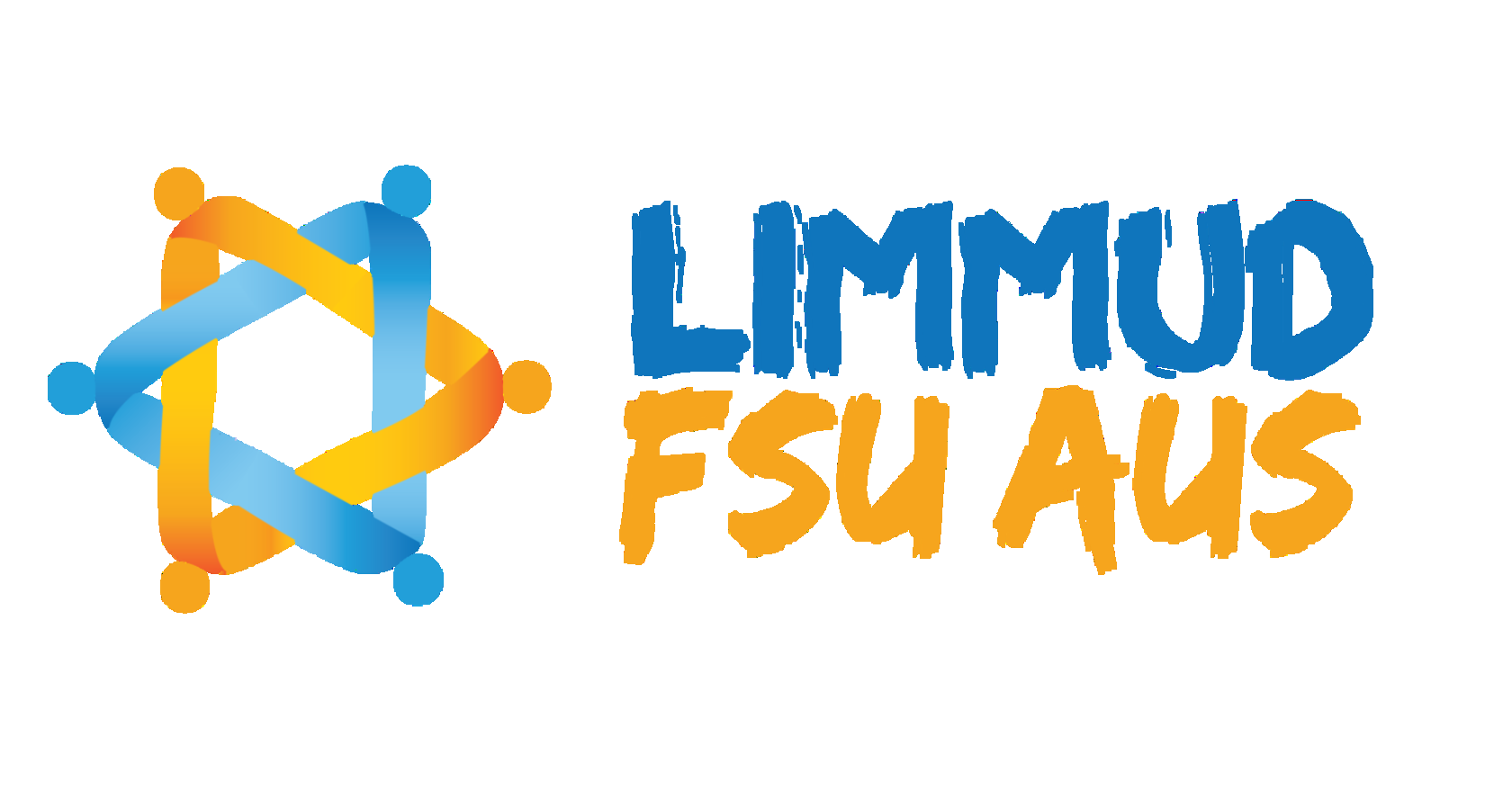 What is Limmud FSU?
Limmud FSU brings together and empowers Jews of all ages, with an emphasis on young adults, who are revitalizing Jewish communities and culture, inspired by the rich history and unique legacy of Russian-speaking Jewry. We are dedicated to providing rich educational experiences—for the community, to the community, and by the community.

The original concept of "Limmud" (from the Hebrew word "to learn") was developed in UK 30 years ago and has spread to Jewish communities across the world - while Limmud FSU is an entirely independent organization that focuses on the Russian speaking Jews worldwide. Since the inaugural conference in Moscow in 2006, Limmud FSU has created an independent educational and communal network of annual conferences and festivals based on volunteers, attracting more than 50,000 participants.

As for now Limmud FSU is the most popular and successful project for the Russian speaking Jewish diaspora in the world.

In March 2015 Limmud FSU came to Australia for the first time and gathered hundreds of people from Melbourne and Sydney. International guests from Israel, USA and Russia, as well as local presenters, gave lectures, ran workshops, and created discussions in English, Russian and Hebrew. Second Limmud FSU Australia took place in Sydney in 2016, attracting a record number of 300 guests.
What We Do?
Our worldwide conferences usually run for 2-3 full days (including accommodation) and include dozens hundreds of seminars, lectures, workshops, and discussions taking place simultaneously. Between 400 and 2,500 people participate in each conference where they get to pick, choose and create create their individual program.

Our programs include a wide range of distinguished faculty who present on diverse topics of Jewish interest; parallel tracks offering study and worship in Orthodox and Progressive practice; music, dance, theatre, film; media discussions and more.

Topical sessions on wide-ranging issues include, but are not limited to Jewish traditions, politics, Jewish history, connection to Israel and the Diaspora, culture, the Holocaust, Jewish cooking, intermarriage and many more.

OUR VALUES AND MISSION
Our mission - restoring the tradition of lifelong Jewish learning and to strengthen Jewish identity of Russian-speaking Jews worldwide. We hope to engage the widest number of Russian-speaking Jews and their family members in the Jewish communities where they live, inspiring their Jewish journeys and giving them tools to continue to the next step as active, informed members of the Jewish people.

Learning
- Everyone should be a student and a teacher.
- Learning can change and inspire action.
- We encourage the creation of a learning environment in which participants will be able to reflect and grow.

Participation
- Volunteerism is a key feature of what we do.
- We are responsible for each other and for our communities– where everyone has an important contribution.
- We encourage participants to take an active part in all we do.

Enabling Connections
- We aim to create opportunities for communities and individuals to connect.
- We recognise the strength of providing a space where spiritual, emotional and intellectual connections are made.

Empowerment
- We inspire people to be ambitious about their contribution.
- We see the potential of individuals and communities, and support their development.

Mutual Responsibility
- We can achieve more together than we can individually.
- We gain from, and should give something back to the Jewish and wider community.

Diversity
- We value rich diversity and so we seek to create cross-communal and intergenerational experiences.
- We value choice in form, content and style in our programs.
- We encourage people not to stereotype others.

Respect
- All are equal and no-one is more important than anyone else.
- We expect all participants to be respectful, and to recognize that all volunteers are also participants.
- Personal attacks are not acceptable in any context.

Arguments for the Sake of Heaven
- We appreciate that 'arguments for the sake of heaven' can make a positive contribution to furthering our education and understanding.
- We do not participate in legitimizing or de-legitimizing any position.
- Sessions which encourage vigorous debate are acceptable but we will seek to avoid religious or political conflict. Sessions should be educational, and not polemical.

Religious Observance
- We seek to create an inclusive environment for all participants.
- We believe in the importance of enabling Shabbat and Kashrut to be kept in all public areas as far as possible, so that participants do not have to separate themselves one from another.
- We recognize that in private areas, people will behave as they wish.

Community
- Limmud is a community of learning.
Made on